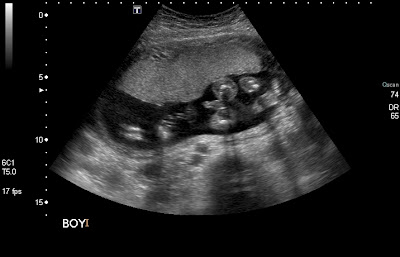 BOY of course! lol Within a couple of minutes he was flashing his goods then kept his legs pretty much closed for the rest of the 1 hour ultrasound. Good thing she got the photo the first time she saw it.

I admit I was a little shocked at first. Friday out of no where I had this really strong feeling that I should prepare to hear it would be a boy. Glad I did otherwise I would have been really shocked. After hearing that this US gave me the EDD as April 2nd instead of the April 8th (is what the doctors US showed, but her's isn't that great) it all made sense to WHY baby is a boy. April 2nd was my first EDD I figured based on my chart but after I entered more temps it changed it to the 7th. Without being too TMI on my blog, I knew that based on everything I had a really good chance of baby being a girl on the second EDD figured. I'm just so thankful that we found out now because I would have been floored at birth haha!

Now that the news is sinking in I'm happy that baby is a boy! This is by no means our last baby anyway and it will be nice for Ethan to have a boy closer in age than say baby #3 or later.


Here's some more photos below. It doesn't seem like I got very clear pictures and wondered if it has something to do with the fact she didn't press very hard on my stomach at all during the ultrasound? With Ethan the guy pressed really hard and I got some nice clear photos. I also didn't get a very clear picture of his face at all.

Baby's name is Cole. It is the only other boys name that we have come up with that we both like (hubby is extremely picky about the boys names!). Middle name is still yet to be determined. 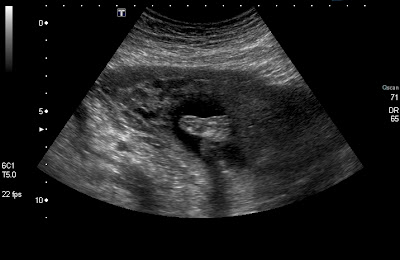 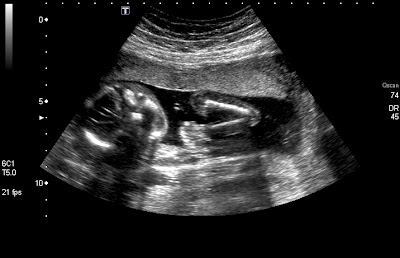 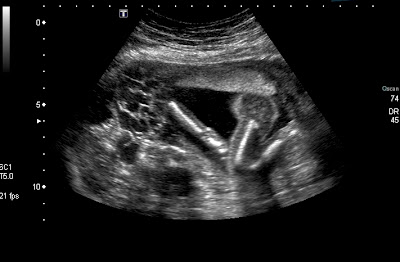 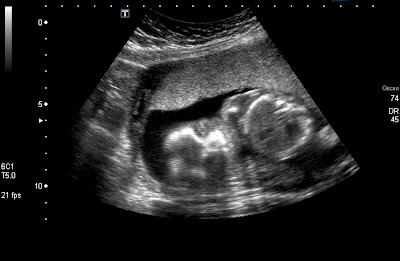 congratulations!! I have 2 boys and then a girl..you will love having a brother for your 1st!!

Very cute! Congratulations on the boy! :)

I was in the same boat, I was sure I was having a girl until the day of the ultrasound. Afterwards, the nurse assured me it was perfectly normal to be a little disappointed, even with a healthy baby.
Congrats!! Ethan will be a great big brother, showing his new little brother all the tricks! ;o) I am the picky one on names in general. We have 1 month to go and still no name.

awww! 2 boys is so cute, they are going to be best buddies. I love it. Congrats! Now on to thinking of names!

congrats!!! Ethan and Cole are going to be best buddies! I was SOOO sure I was having a boy w/dd #2. Completely opposite pregnancies! And w/DS (baby #3), his pregnancy was like dd#1, so I figured I'd be blessed w/all girls. Nope! lol!

Congratulations! I think your pics came out nicely. Love the bottom of the foot angle! We had our US yesterday...baby #3 coming in mid-April...and our pics seem to be fuzzy too.

Awww, congrats! I wish you all the best.

I love the name Cole! We're expecting our first baby in December and that was name we have thought about for a boy :)