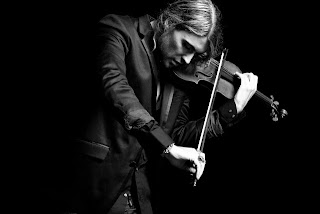 About David Garrett!
International superstar David Garrett has been performing sold-out classical violin shows since he was a young boy, playing with the London Philharmonic, the Los Angeles Philharmonic and the Russian National Orchestra by age 12. The German-born musician has breathed new life into the genre of classical music and has amassed a large and devoted global following of fans, most of whom are younger than the listeners traditionally associated with classical music. Garrett was the best selling new classical artist of 2009. His debut Album for Decca, entitled David Garrett, debuted at #1 on the Classical Crossover Chart and held the position for 31 solid weeks! He also holds the Guinness Book of World Records title for the fastest performance of "The Flight of the Bumblebee," which he performed recently on Oprah.


Watch the video below for a sampling of how great David Garrett's music is! 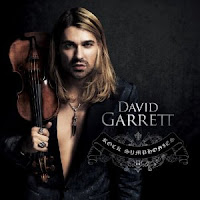 Rock Symphonies brings together Garrett's great loves: classical music and the rock music of his generation. The album uniquely blends classical violin with rock-and-roll songs from bands such as Led Zeppelin, Aerosmith and Nirvana. The album debuted at #2 on the Billboard Classical Crossover chart (second to Sting at #1) and is still holding its position. Rock Symphonies is available at Best Buy, iTunes and Amazon.

Our Rock Symphonies Experience!
I have to admit that I had not heard of David Garrett before receiving Rock Symphonies for review. However, I was really excited about listening to this new CD since I grew up with a love for classical music which was probably due to the 6 years I did ballet. Classical music is all we ever danced to with an occasional modern song for our annual ballet recital. Every once in a while I find myself listening to the classical music station on the radio, but you know how it is as moms, you play what the kids want to hear! The last couple of months Ethan has really gotten into the music in the car. If I turn it off for one second to answer a phone call he has a fit until it goes back on! When I got the Rock Symphonies CD I was interested in seeing how even Ethan would like it. I can tell you that right away we both really enjoyed Rock Symphonies! Garrett has done a superb job and I love the sound of the violin especially throughout the songs. I didn't recognize all of the rock songs, but that did not keep me from enjoying each one. Rock Symphonies is beautifully done and it is nice to have a new type of music to enjoy.

Buy It! You can purchase Rock Symphonies at Best Buy, iTunes, or Amazon.com.

WIN IT! David Garrett is giving away 1 AUTOGRAPHED copy of Rock Symphonies CD to a Take Time to Smell the Rose Reader!


You have the chance to enter several entries by the doing the following. Each one counts as 1 entry unless otherwise specified. I am now making it a requirement to follow my blog publicly on Google Friend Connect to enter my giveaways.

Please copy and paste this for your tweets:


**Leave your email on each comment. You must do this in order to win!**
Giveaway ends Thursday, September 2, 2010 at 9:00 p.m.(CST) Winner will be drawn by the random number generator at Random.org and will be notified by email. Winner will also be announced on this blog. Winner will have 48 hours to respond or a new winner will be drawn.


This giveaway is open to USA residents ONLY . Must be 18 years old or older to win.
The thoughts and opinions expressed on my blog are my own and are not swayed by any monetary or product compensation. I received a complimentary copy of Rock Symphonies through Music Moms and no other compensation was received.

I learned that David Garrett made his first appearance with the Hamburg Philharmonic when he was only 10 years old!
wazzuroo at gmail dom com

made his first appearance with the phil when he was ten

I'm a follower...and he attended Julliard

I follow you publicly with GFC and I learned that David is the son of a German jurist and an American prima ballerina.

Follower on GFC; I learned that David will be touring in October in Italy and Germany. And that he sounds great. Thanks.
jsutton.colorado(at)gmail.com

With his album Classic Romance, released in November 2009, the virtuoso violinist returned to his point of departure: classical music. It is extremely important to him that his listeners grasp the path he took in his crossover arrangements. Thus for him, Classic Romance was a special CD with a very personal dimension. In the Mendelssohn Year Garrett chose this prematurely deceased composer’s violin concerto to form the focus of his recording.

He has American, German and Russian roots!

David Garrett made his first appearance with the Hamburg Philharmonic when he was only 10 years old.
I'm a GFC Follower.
cmanventuresinc(at)gmail(dot)com

I learned David's parents were professional performers and that he went to Julliard. The guy's resume is amazing!

Signed up for emails from David. 1

Signed up for emails from David. 2

Signed up for emails from David. 3

I follow your blog publicly on GFC. David studied Musicology and composition at the prestigious Julliard School. garrettsambo@aol.com