I feel like I made more than I actually did this month! It might be because it would take me days to complete a project. Plus each item had major changes along the way.

Matching shirts for the boys out of red gingham. LOVE this material. I purchased it online a few months ago when I was buying knit fabric for some nursing gowns I think for about $2. I meant to sew them up this summer, but that never happened! This was my first time to make button holes. I started out making Ethan's shirt first and made them the wrong way. Both shirts have serious flaws, I'm still a novice seamstress ;-) First I sewed Ethan's shirt using a pattern from Weekend Sewing book I picked up at the library. The book is wonderful and the method of adding a collar to a shirt was so much easier than using a McCall's pattern making Cole's shirt. I was scratching my head making Cole's afterward trying to figure out the pattern and then  finally tried to switch to the method in the book. It turned out ok. Definitely need more practice making apparel! 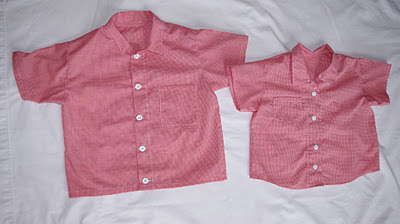 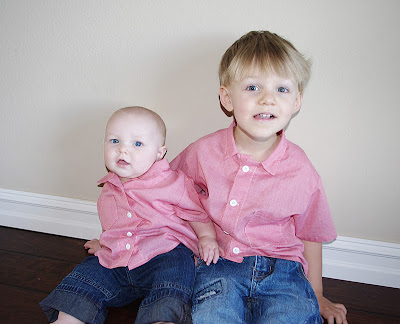 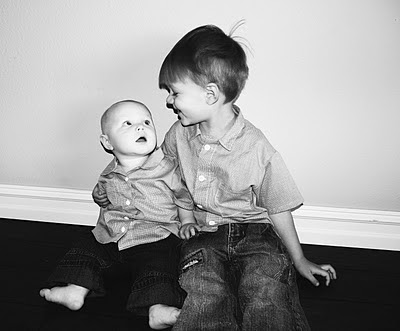 Next up was making an apron for my Niece's birthday. It turned out really cute. The only thing I wish I did different was making the zig zag stitching around the 'B' on the pocket more narrow so it would stand out more. I ended up altering the neck loop after I took the photo. I tried it out on Ethan because he is the same height as his cousin and realized the neck was too long. I ended up cutting the neck loop in half, then cutting off extra fabric and inserted elastic in the middle so it would just stretch out when putting over her head. 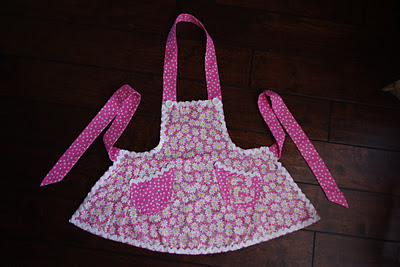 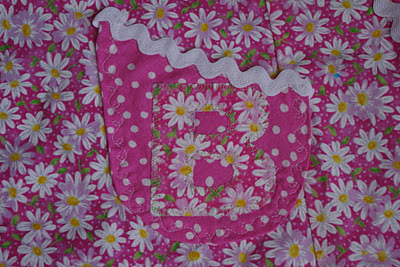 I re-purposed one of Andrew's old t-shirts into a fitted cloth diaper. It is an energy drink shirt. Orignially I used a pattern that turned out way too big. I threw it into my scrap box for a couple of weeks until I had a desire to fix it! Without using a pattern I cut it down and resewed it. Turned out much better, but a little smaller than most of my one size diapers. It will still work for a while. 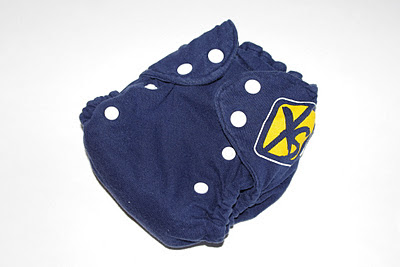 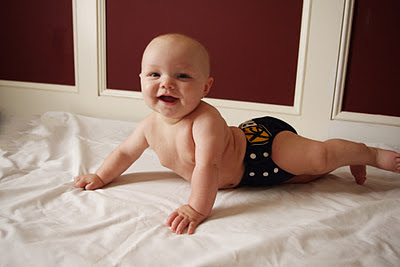 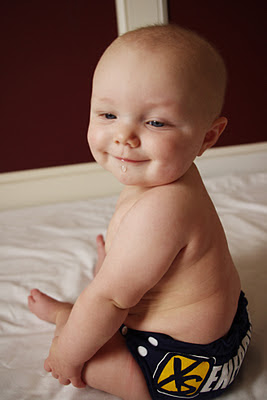 Had to pose him with the energy drink! 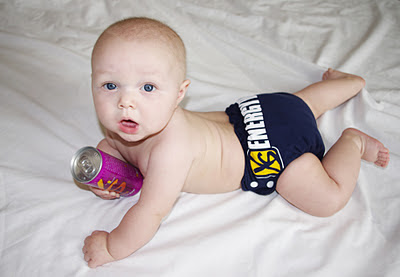 And last...some pumpkin longies! I bought a couple of wool sweaters at a garage sale back in March. These are great to upcycle into shorties and longies. I felted the black sweater and it shrank up a bunch so the sleeves were too skinny for Cole. They are approximately 0-3 month size so I listed them on Etsy. I added a pumpkin to the backside. I have a beautiful orange sweater to make fall longies for Cole. It didn't shrink up too much so they should fit. Hopefully I will get to that this week. 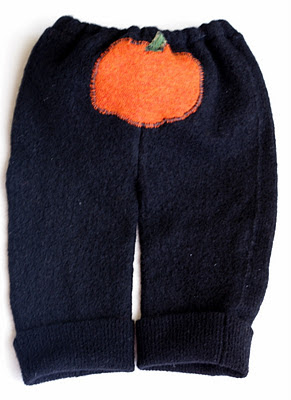 wow, I am so impressed!