I had a couple projects I completed this month and it was also the first time I've pulled out the sewing machine since I had Cole. It takes a while to complete any project since the only free time is the kids nap time or on the weekends when Andrew can watch them for me. However it's nice to be sewing again!

My first project was making an applique shirt for Ethan's birthday party. I have made a few applique items this year, but I tried a different stitching technique that didn't eat up the fabric. I also found a blog that had great tips on how to make an applique this way. 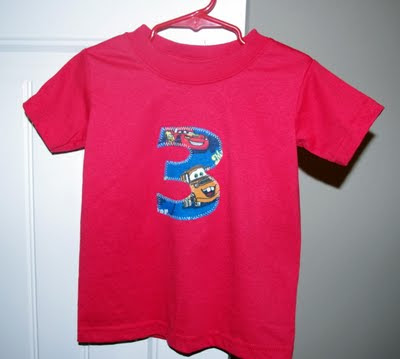 I then made an appliqued baby onesie for my cousin's baby. This one was much tougher do to the smaller size of the letter. I ended up taking the seam ripper to it a couple of times and printing out a new template from a different font to make it easier. 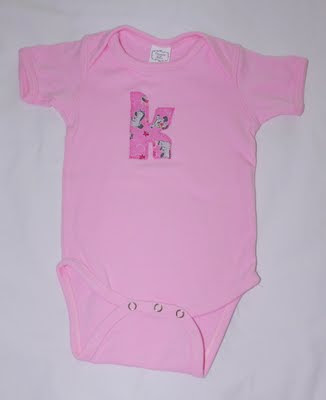 Then I made 6 crayon rolls for Ethan's party guests. These were so fun and simple to make! I bought Cars themed flannel at JoAnns (the same fabric I used on the shirt) and checkered felt fabric at Hobby Lobby. The black ribbon I had on hand. 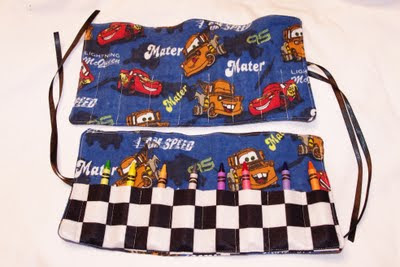 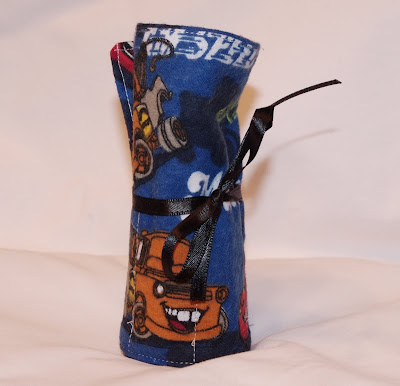 Last I made a cute cloth diaper for a friend having a baby soon. This was an experiment with the materials I was using and ended up being the 3rd try before I had a diaper I thought was fully functional and looked decent. I used a knit outer layer and a white minky inner. The absorbing layer was 2 layers of ZORB (an awesome product used in some cloth diapers). Since I was making this a one sized diaper (fits from 8 to 30+ lbs) I had to figure out how to sew in the ZORB just right so when the diaper was snapped down to a smaller size it wouldn't create bulk in the front. The snap system isn't perfect on this diaper and I also had to take apart the diaper after I had almost all the top stitching done to redo the leg elastic that wasn't tight enough on one side. Whew! But I did it ;-) I'm thinking about making a couple of holiday diapers for Cole this fall with the same type of materials. This makes a great nap time or night time diaper because the 2 layers of ZORB is equal to 16 layers of flannel in absorbency. This isn't a waterproof diaper so it still requires a cover. At some point I will be experimenting with adding a hidden PUL layer on diapers which would make it waterproof. 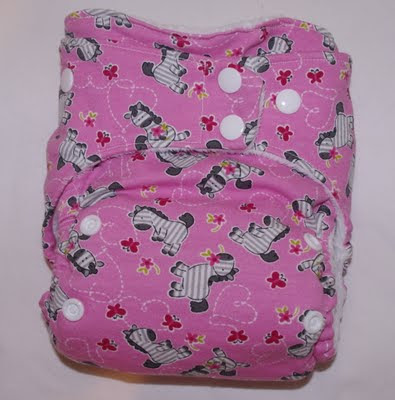 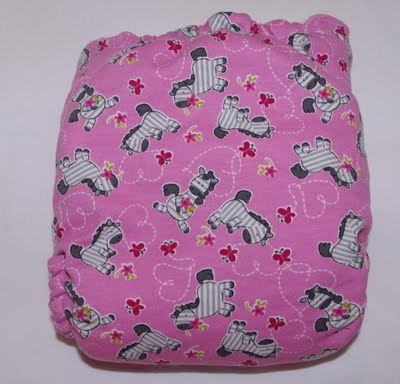 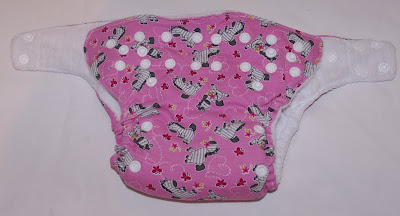 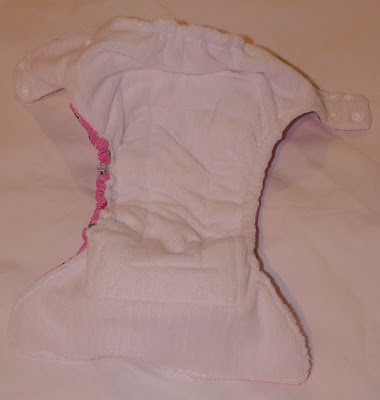 snapped down to smallest size 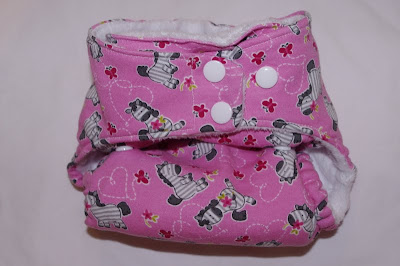 wow you 're so talented! great job!!