Our Second Annual Gingerbread House Decorating Party was Saturday. A couple of my friends were not able to make it, but it actually turned out to be the right amount of people for the tables and chairs we had anyway. I think we lacked a larger variety of candy this year and I don't know why. Maybe some brought more candy last year?

Anyway, on to the pictures! You can click on any of the pictures to enlarge. My husband was in charge of taking pictures while I helped Ethan make his house.

Goodies! I forgot to take a picture after I filled the punch bowl :-( It was red punch (gingerale & cranberry/cherry juice with a cherry koolaid ice ring) and was very tasty! 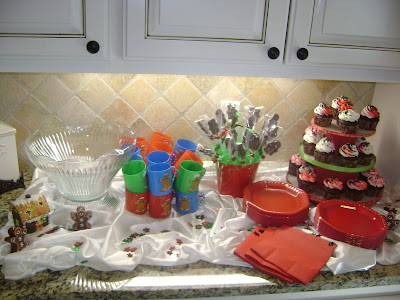 I totally messed up the cupcakes! I made them from scratch. I was out of red Wilton gel coloring so I needed to pick up a new one for my cupcakes. I usually buy the red no-taste coloring, but I saw the "Christmas Red" and thought it was really pretty. BIG MISTAKE! I only colored a small bowl of frosting red. First of all, it took almost 1/2 a bottle of coloring to even get it to this shade. I just wanted a little red coloring to swirl into the frosting. By the time I reached the end of frosting my cupcakes, there wasn't much red and it was blending into the bag with the white. The cupcakes were starting to look like white and hot pink! It was going all over my hands too and they are still stained pink. Anyway, I didn't eat a cupcake until that night after everyone was gone and the frosting was SO BITTER! I couldn't even eat it! I'm really embarrassed I messed up my cupcakes. I have no clue why they would even make a coloring that tastes bitter. 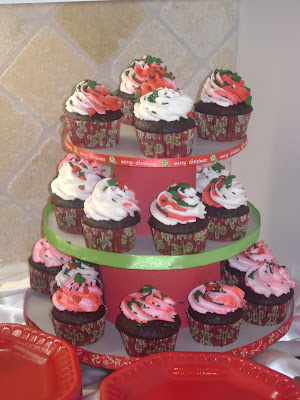 Look at but don't eat! 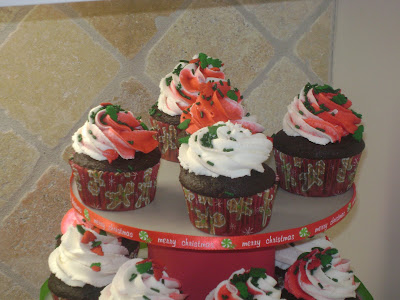 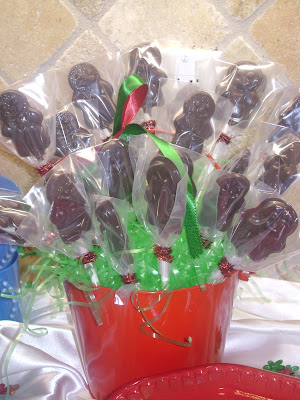 The houses are waiting for the guests. Since I only have one template, I spent over 7 hours of baking time making all of these! This doesn't include the time I spent mixing, rolling out and cooling the template between each bake either. 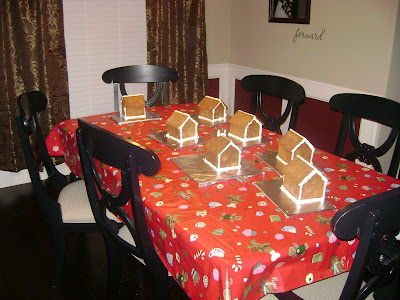 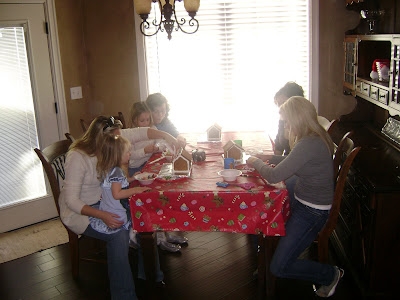 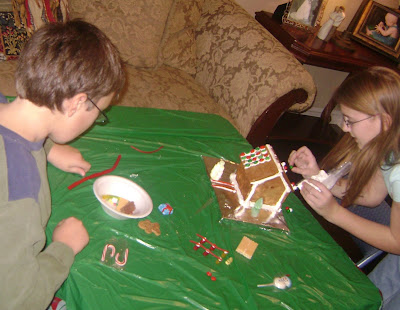 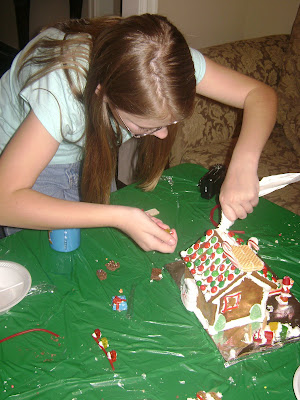 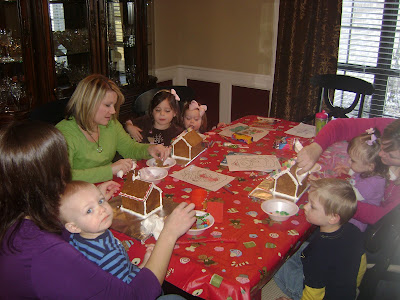 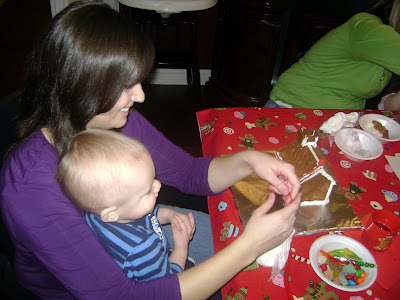 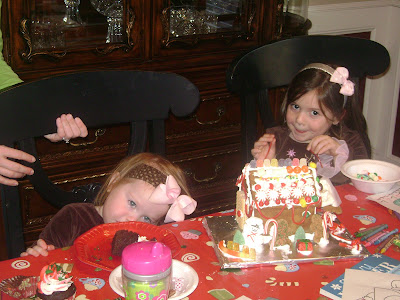 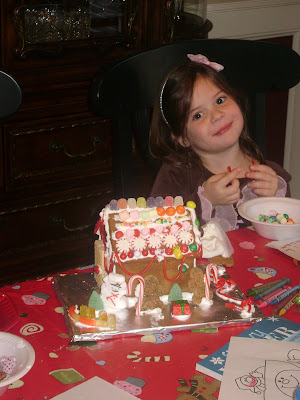 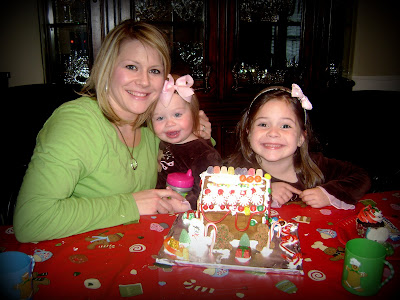 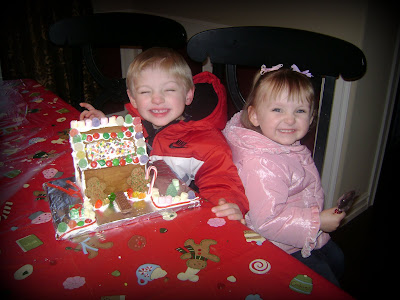 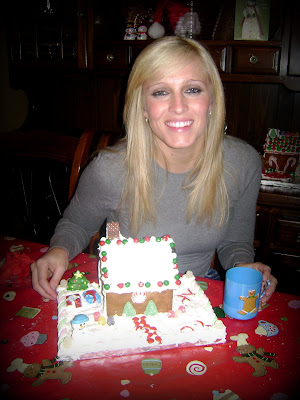 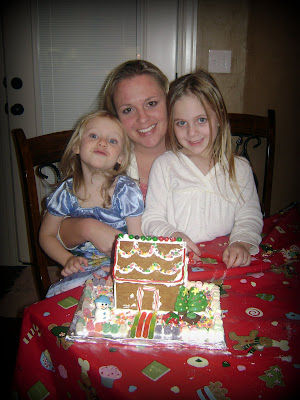 Ethan didn't really want to help decorate, he just wanted to eat candy :-) I didn't put a lot of candy on our house, just a little on the front. I'm sure next year Ethan will want to cover the entire house! 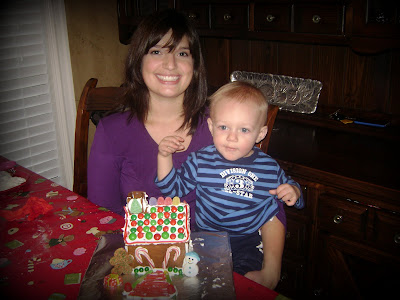 What a fun tradition!! I'm so with you on the food coloring! Either make the coloring stronger (so it doesn't take a whole jar to make anything red) or just stop making the regular (non no taste) red!

I may have to start doing this with my family! Very cute... you must love entertaining! I like it too but sometimes it just costs too much money! If I had more money I would do way more entertaining! Anyway. I like the pics!

Very neat - I also left a comment on your Gingerbread blog :)

That looks like fun! I've never tried making a gingerbread house. I could maybe handle decorating one. The cupcakes look pretty.